Is Your Dog’s Waistline Hidden Beneath Layers of Love?

Those big brown puppy-dog eyes make it almost impossible to deny him the leftovers on your plate. Yet down this path lie hidden calories and slow but steady weight gain.

Whatever the reason your best buddy is too ample round the midriff; it’s time to do something about it. Whilst calorie restriction is important, it’s not the full story. Indeed, there are strategies for weight loss that will enrich his life and reduce the less satisfying parts of dieting. Rather than tell you what NOT to do, we want to share some fun ways to help your dog lose weight.

You love your best buddy and want him around for a long time.  For added motivation, let’s recap on how weight impacts on health and shortens life. Some consequences are more serious than others, but all are important. 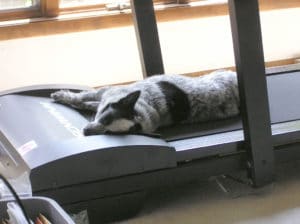 OK, that’s enough of the bad stuff; let’s move forward with the positive.

The Secret to Weight Loss

The secret to weight loss is a simple equation, which is:

“Calories in versus calories out.”

In other words, your dog must burn more calories than he eats. This means limiting the number of calories eaten plus burning more calories with exercise. Simple enough. So why isn’t dieting a dog as easy as cutting down his portion size?

When your dog deploys puppy-dog eyes and makes like he’s starving, it’s difficult not to give in. Which is why we are sharing these clever ways of fooling him that dinner is bigger than it really is, whilst keeping his mind occupied. How?  Here’s how…

How to Help Your Dog Lose Weight 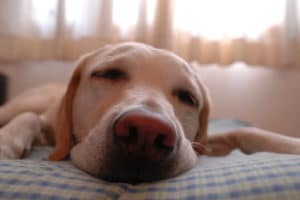 Our dogs live a life of luxury (which is a good thing) far removed from their hunting ancestors. Tapping into those hunting instincts is a valuable way to occupy your dog’s mind and have him feel full despite eating a smaller portion size.

You must still follow the “Calories in vs. calories out” rule by weighing out his food and feeding a lesser amount, but here’s how to make that food go further and stretch out meal times.

Scatter Food on the Ground

If you have access to a grassy yard, scatter his food over the ground. The dog has to use his nose to sniff out supper; occupying his brain and making the meal last longer and seem more satisfying.

Putting his food in a bowl makes it super easy to scoff down. The alternative is to play of ‘hide and seek’ with supper. This makes him burn calories finding the food, plus it allows the satiety (or “I’m full, you can stop eating now”) center in the brain to kick in.

To do this, divide his meal into small portions split between several dishes. Hide those dishes around a room or couple of rooms. Again, he has to use his dog senses to find the food.

If your dog is slow to catch on, then play the “Hot / Cold” game, and encourage him when he moves toward a hidden plate.

Even More Sneaky “Search for Food”

Up the ante by hiding food in different rooms in the house, including upstairs. Now he must expend even more energy going from room to room, or up and down stairs.

“Sing for Your Supper”

Modern dog training relies upon is based on rewarding good behavior and follows the “Learn to earn” adage. This simply means a dog has to learn a command (such as “Sit” or “Stay”) in order to get a food reward. Taking this a step further to aid weight loss, the dog has to work to get his meals.

For example, you may put the dog’s daily quota of kibble in a training pouch on your belt. Over the course of the day, you expect the dog to obey a range of commands, from a simple “Sit” to more advanced stuff depending on his abilities. His reward is a treat…which also just happens to be his supper.

This stimulates him mentally (helping to reduce boredom eating) in order to work for his food. Gone are the days of waddling across the kitchen to inhale his food, instead, it’s metered out in return for activity – ticking both boxes for calories in vs calories out.

There are many different types of puzzle feeders out there, but some of our favorite include the Kong (which you stuff with food), or the Buster cube, where the dog has to manipulate a toy to get kibble to fall out. If you’re feeling super sneaky, you can even stuff the Kong and then freeze it, to make the dog work even harder.

Use a Slow Feeder

Feeding bowls exist that don’t allow a dog to eat food quickly. A typical example is the northen green feeder which makes the dog work around a series of ‘blades’ to get his food. Designed for dogs with digestive issues, these work equally well to stop scoffing and help the dog appreciate his food.

Some dogs appear to nag for food when what they really want is attention. When your dog begs, instead of opening the fridge door, indulge him with a good brushing or game of fetch. 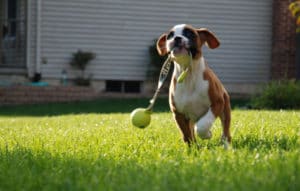 There are certain times, such as when you come home or settle the dog for the night when he expects a reward. Identify when these are, and instead of saying “No” or giving a high-calorie treat, give him a healthy alternative such as green beans or carrot sticks to chomp on. 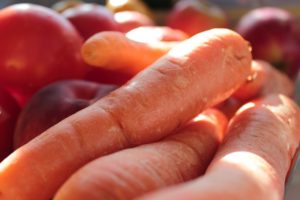 Burning calories doesn’t have to be dull. Have your dog meet up with pet pals to play or enroll in an activity such as agility, fly-ball, or track. Of course, if the dog is very overweight then get a vet checkup first, to ensure he’s up to the activity. 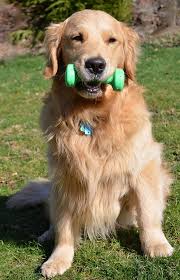 Get Set for Success

And finally, speak to your vet about enrolling your pet in a doggie weight watcher clinic. Just as for people, dogs that diet as part of a group and have the encouragement of others are much more likely to reach their target weight.

You have successfully subscribed!

Please login and you will add product to your wishlist